Skip to content
How To Truly Believe In Your Capabilities

I have heard many people saying “That’s impossible” or “I can’t do it“. Yes, it is normal for us to be discouraged because our goal seems hard to achieve, but it is never impossible. Things can only be impossible if we will look at it that way, and will stop working for it.

“Nothing is impossible. The word itself says ‘I’m possible!’”

Be optimistic as you can never do the impossible by staying pessimistic. Believing in yourself will not happen overnight. It can only be achieved gradually through working on yourself. If you think that you can do it and even though it is a long shot and a long way, it’s been proven scientifically that you can reach your goals even if they are difficult to achieve. 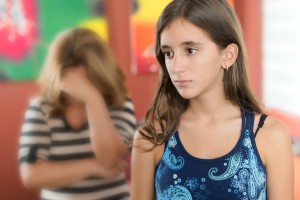 Many of us have been bullied or told by authority figures that we will never amount to much, but is this really true? You can never know unless you try! Don’t ever let them get past your head and say to yourself:

“Maybe they are right, I can never do anything, I’m worthless. I can never achieve those dreams“

But instead of listening to them and thinking that way, the best thing to do is stand up tall, chin up, believe in yourself, and prove them wrong. It’s really that simple. There is no magic to it.

I had a friend who had been in that kind of situation a couple of times. He became pessimistic and felt so worthless especially with people around scolding and lecturing him for the things he had done wrong. It lowered his self esteem and he became miserable. I was really glad when he decided to get some advice from me. I cheered him up and told him to take the challenge and prove them wrong.

He came back to me after a few years, and I noticed that he has improved a lot. He is literally radiating self confidence by the way he talks, the way he moves, and even the way he walks. He said that it was difficult at first but after trying a couple of times, he finally got fed up with the way he was always giving up. He got angry. He got mad. He turned all that into power and energy to do something about his problem. Little by little, he started getting things accomplished. He told me that he finally achieved his goal, which others think that is impossible, and he thanked me for that.

Nothing is impossible if you will trust yourself, work hard for it, and be patient with the outcome. I’m sure that you would prove that you can make the impossible possible. Now, stand up and shout to the world,

If you are sick and tired of not meeting your goals. Find that power expand it, and use it as fuel. See what happens. You have nothing to lose and everything to gain.