I wanted to share with you a personal story of a friend of mine that illustrates the power of intention and making a decision.  I felt so moved by his story, I sent it to my son and suggest you share it with your kids as well…

I’m going to confess to you.  You won’t find me telling this story often except to help out others.

School was not very interesting to me.  Martial arts was what I wanted to do night and day.  As my senior year came to a close, it was time to finalize my future plans.

One day I met with the guidance counselor. “Let’s look at your file” she said opening the folder on her desk.  “How many colleges have you applied to so far?”

Without a care in the world I responded, “Just one.  Broome Community College.”

A concerned look came over her face, “One! BCC?  What if you don’t get in?”

With a typical senior “I got this covered” attitude, I commented back, “If I don’t get in to BCC, I’ll apply to SUNY Binghamton.” 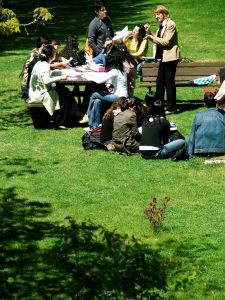 The counselor reminded me that Binghamton university demanded a much higher SAT score and grades than I had managed to get.  That’s right, I told myself.  I rushed out of the SAT test so that I could make it to our annual karate tournament…hmmm.

Taking a deep breath I sat there looking at her, “I’ll just go to BCC.  I can’t imagine why I wouldn’t get in there.”

The counselor was frustrated by what she considered a lack of foresight. But my optimism was well grounded. Community colleges accept “C” students all the time.  Before too long I was vindicated when the acceptance to the community college came in the mail.

After an intense summer I left for school and when I arrived on campus, I’ll admit, I was nervous.  I rented a room with a family near the college.  It was a very new experience.

As I walked on campus for the first time I was rushing from building to building when I was overcome by a realization.

“Hello John!  You choose to go to college full-time didn’t you?  You choose to work part-time instead of working full-time.  You made a decision to get a college degree.  Do you realize what this means?  It means being a student is your full-time job.  Your job is to get good grades!”

“You must treat this seriously.  You must study as if it were your job to study – besides, you are paying for this education.  You better make it count!”

At that point I made some friends, some I’d known previously from karate class.  One day at lunch I asked Rich, a friend of mine, how much time he spent studying.

In between bites of his sandwich he answered, “Six hours a day.”

My eyes got wide, “Six hours! How do you practice karate?”  “I don’t.  Not now.  Not while I have school. I have to get as close to a 4.0 as possible.  I’m in a very competitive field. I like to stay and chat, but I have to go…” He grabbed his backpack and headed out.

I gulped and thought about what he said.  My entire purpose for going to the community college, honestly, was to practice karate with our master instructor who was nearby. College was part of the “must do” things in life.

Studying books made up four (4) hours of my day.  Karate (including working at the karate school) and working at a supermarket to make extra money, took-up the rest of my time. 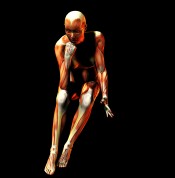 The year went by and I had a solid “B” average.  Pretty good for a “C” student.  Then it was time for Human Biology.  The professor was finishing his PhD and was a bit tough.

We took the final exam and sometime later, the professor walked around the large lecture hall handing back the exams.

My test was handed to me and I was a bit shocked and also relieved:  “65” – barely passing by one point, but enough to get me the “C” I needed to have for the entire course.

A few weeks later grades came in the mail.  I tore open the paper and scanned down the page at my scores.  “Human Biology I = D.”

Out loud I blurted out, “What?!  That can’t be! I – I – That’s incorrect!” I paced the kitchen wondering what went wrong.

I called the college, spoke to the receptionist and asked for the professor.

“I’m sorry it’s the Christmas holiday and the professors are on break” the receptionist said.

I pleaded my case about how horrible this was.  “This will ruin my chances at transferring to the college I want to go to.”  She eventually gave me the professor’s home phone number.

I called.  The phone rang and the professor answered, “Hello?”

“Professor, this is John Farley, I’m in your Human Biology course…”

“Ah….how did you get my number?”  I explained the reason for the call, “You see, I need a “C” in order to transfer to SUNY Cortland and I calculated my grade and…well, I should have received a “C” not a “D.”

The conversation went back and forth for a moment until he said, “I will look at your grades again.  Frankly, you’re lucky that I didn’t give you an “F.”

“With all due respect professor, I am not asking you to give me a “C.” Based on the grades I had all semester, according to my calculations I earned a “C.”  I’m only asking to get what I earned.”

“I’ll look at it,” and with that the call ended.

After the season break it was time for Human Biology II with the same professor.

During the first week we had a lab day.  I was my classmates at the lab table when the bell rang and we packed up our books.

The professor came over to my table.   He started speaking in a hushed tone,  “I want you to know that I changed your grade to a “C.”  With that I was relieved, but he continued while looking at me.

“…but you should re-consider…  You’re not cut-out for college.  I suggest you drop-out and get a laboring job.”  With that he walked away.

It was as if I was hit by a brick.  My mind raced, “Did he just say that to me?  What…what is he saying….what is he implying?”

Walking outside from the classroom my mind was blank.  I couldn’t hear anyone speaking to me.  My breathing was almost out of control.  “What….Who does he think he is?!”

A critical moment had arrived in my life.  I was just indirectly told that I was stupid and incapable of learning and that college was a waste of my time and money.

From that day on I studied Human Biology everyday for at least one or more hours.  I would sit at a desk at night and read the textbook.  I’d write out definitions of terms and read them into a tape recorder on my desk.

I discovered that I needed to hear myself say the words out loud – over and over – in order to retain the information.  It’s how I learn better and faster.

When my eyes got tired and I started to nod-off, I’d turn on the recorder and let my subconscious mind listen to myself speaking as my subconscious absorbed the material.

After months of classes and labs our grades came out again.  When they arrived I tore open the mail and read, Human Biology II =  “A.”

There it was in black and white.  I had done well all semester and now I had the proof of success.  I proved him wrong….

How did I go from barely a “C” to an “A” in one semester?  I came to realize that it wasn’t about me proving him wrong as much as it was proving that I had more in me than I knew that I had.

I’d been accepting less than what was possible – of what I was capable of – and I was only 19 years old.  A time when all things should be possible in a person’s life.

The only thing that changed was 1) My belief in what was possible, 2) My determination and reasons to achieve more, and  3) My strategy to make those results happen.

Belief is crucial.  You have to believe.  The bible says it:

“I tell you the truth, if anyone says to this mountain ‘Go, throw yourself into the sea,’ and does not doubt in his heart but believes that what he says will happen, it will be done for him.” Mark 11:23

That wasn’t the end of my challenges in college, but I could approach them with hope of success instead of resignation to a lower standard.

So far, I’ve done pretty well – better than 98% of the population in terms of college degrees – and I’m as surprised as anyone else.

What is the most important thing about a college degree?  Is it the relationships you develop, the courses, the experiences, your grades, getting the diploma…?

All of those things are important.  In the end, I’d say it’s who you become as a result of the challenge.  Knowledge and the person you have become can never be taken away from you and those things are more valuable than any material thing. 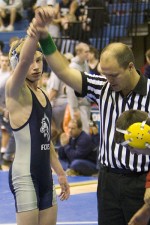 The good news is that when you become more, you get more things as a benefit.

A powerful motivator is the drive to become the winner you want yourself to be.  Keep that image in mind and remember to keep progressing.

We all want the best for our kids and want them to learn the power of intention.  Click here to get a special ebook we put together called The 10 Commandments to Being A Great Sports Parent and learn how to talk to your kids so they will listen.

Has anyone ever told you that you could not do something, but you did it anyway?  We would love to hear your stories in the comments below…

One thought on “The Power Of Intention”