Skip to content
The Most Common Problem In Golf

Last week on the coaching call we had a golfer that said,

“I’m better in practice, on the practice range, than I am on the course.”

“Okay, so what happens between when you go?”

And he was convinced it was a physical issue. He says,

“My swing breaks down as soon as I get on the course.”

Why would a swing break down when you walk over from practice over to real competition? Why? And I was a little facetious and I said,

“Well, did you drink a lot of alcohol between the practice round or the practice area and the competition area?”

“So did you get injured going from here to there?”

What did we learn about this conversation?

Bottom line is that there is nothing physical happened to create an interference that made the competition swing not work. Same thing happened with this pool player. I can’t stress this enough that you’ve got to go to where the real problem is. 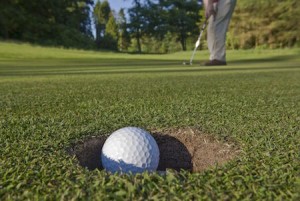 Now, normal sports side techniques are things like turn your thoughts into positive, which is why he says that thoughts “don’t choke” aren’t the problem for him. So if some mental guru says,

So what’s really happening in our minds?

So, the red ones are useless ones, useless in terms of what’s relative to our goals. In this case, relative to doing well in pool playing, pool competition, and/or billiards. Green ones are useful beliefs and black ones have no bearing on what we’re trying to do.

So for example, a neutral belief program would be your political beliefs. That has nothing to do with playing pool, so therefore it doesn’t get triggered at all.

Now what do we mean by getting triggered?

This means that the unconscious mind controls the body. You’re fine when you’re at home practicing pool on the practice range then none of those red ones are triggered. Now in the pool player’s case, it’s high competition, high pressure, and what that means is that it’s a red dot or a useless belief program relative to doing good at pool that says this is extremely important.

What happens now to the unconscious mind? 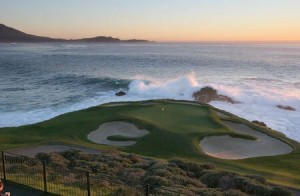 Anytime something is extremely important like that to you, it’s going to trigger a response in your body and it’s basically the fear response. This means get ready to tackle this head on with all your focus and energy and basically that’s really it. It is to put you right there. Well, that is not an optimal state for sports where fine motor skills like golf, pool, tennis, gymnastics, and lots of sports like that.

So it is interference, because blood, all your nervous system responses, are all geared up for heavy duty action, mostly the big muscles. You don’t need big muscles in playing pool, so that takes away fine motor skills in the tips of your fingers, a basketball shot, if you’re in that state triggered by one of these belief programs.