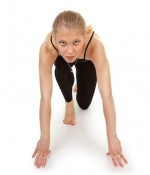 Need inspiration or motivation?  Check out these mental toughness quotes…

It is not the mountain we conquer but ourselves. ~ Edmund Hillary, was a New Zealand mountaineer and explorer.

What makes you really come together under pressure is determination and focus and toughness. ~ Debi Thomas

You have to have the mentality of executing your game when you don’t feel like there’s a lot of hope. I think the best feeling is when somebody pushes you to the limit and you dig down a little bit extra. By the same token, you also need a little luck. Sometimes they come together. ~ Andre Agassi

The thing about the game at this level [MLB] is that there is very little difference in physical skills between players; the real difference between them is upstairs. It is what is ‘in your head’ that makes the difference. ~ Cletis “Clete” Boyer

Once you’re physically capable of winning a gold medal, the rest is 90 percent mental. ~ Patti Johnson

It’s amazing how much of this is mental. Everybody’s in good shape. Everybody knows how to ski. Everybody has good equipment. When it really boils down to it, it’s who wants it the most and whos the most confident. ~ Reggie Crist

Nick Diaz is a champion so he’s got the spirit that comes with it. So he’s not going to give up mentally. You see a lot of guys give up mentally and that’s why they get knocked out or submitted. They give up mentally before they lose. ~ Georges St-Pierre, regarding his opponent, Nick Diaz, at UFC 137

Right now my main aim is not to get injured any more. I am a little bit afraid of running and sliding because the ankle was so painful. But I am not a person who runs a lot, who spends a lot of energy on the court. If I am mentally OK, if nothing is bothering me and I want to play, then it is fine.  ~ Marat Safin

Hitting is 50 percent over the shoulder. ~ Ted Williams

This would be awesome. Thirteen years ago, my career started. It was a dream come true just to play my first NHL game in Ottawa. Moving on to Vancouver and playing with great players like Markus [Naslund] and Todd [Bertuzzi] and Mattias [Ohlund] … it just seems like this team has grown up the past few years, losing twice to Chicago. We knew what kind of mistakes we made in those series. We’ve grown past that. The guys have shown from Day 1 this year the improvements, not just from the offseason but mentally, as well.~ Sami Salo, regarding a potential appearance in the Stanley Cup Final

I think that always myself is my worst opponent. I always playing against myself first and then to the other one. So I’m playing against two guys during the match…It’s like mentally I don’t know what is gonna happen in the next ten minutes. Maybe I get depressed in ten minutes. I don’t know myself too much…Yeah, I was working with a psychology, and I still.  ~ Gaston Gaudio

Players today put too much emphasis on lifting weights, low body fat and big muscles that they think make them look good — all that bull shit. What you need to play hockey is heart and determination, and the ability to stay mentally strong. Mental strength beat physical strength any day.  ~ Phil Esposito

What you are thinking, what shape your mind is in, is what makes the biggest difference of all.  ~ Willie Mays

Your toughness is made up of equal parts persistence and experience. You don’t so much outrun your opponents as outlast and outsmart them, and the toughest opponent of all is the one inside your head.  ~ Joe Henderson

Our behaviour as an athlete is often determined by our previous experiences and how we dealt with those experiences. It is these experiences from past performances that can often shape what will happen in the future. It is for this reason that you learn and move on to be more mentally stronger as both an athlete and as a human!~ David Horne

Golf is a game that is played on a five-inch course – the distance between your ears.  ~ Bobby Jones

It is not the mountain we conquer but ourselves. ~ Edmund Hillary

Winners build on mistakes. Losers dwell on them. ~ Arnold Mori

A lot of people run a race to see who’s the fastest. I run to see who has the most guts. ~ Steve Prefontaine

It’s just a matter of, for me, getting my mind where it needs to be. Certainly I’ve made a lot of adjustments in my life, and I’ve gone through a lot. A lot.~ Tiger Woods, discussing how the mental aspect of golf affects his performance

I’m about five inches from being an outstanding golfer. That’s the distance my left ear is from my right.  ~ Ben Crenshaw

I think we’ve bounced back and really been resilient. Even after a bad period, we take over and we seem like we’re on a mission. That comes with leadership and experience and a lot of things. A lot of it is mental toughness and resiliency in the situation you’re at, just trusting in your teammates. ~ Mike Fisher

We talk about mental toughness all the time. That’s the biggest thing good teams have, that they can overcome adversity.  ~ Bryan Murray

Competitive toughness is an acquired skill and not an inherited gift. ~ Chris Evert

The most important attribute a player must have is mental toughness. ~ Mia Hamm

Being strong mentally we have to see as a skill. It’s huge… We talk a lot about the technical things on the ice, but definitely your attitude and mental toughness are a huge factor.  ~ Antoine Vermette

Concentration and mental toughness are the margins of victory.~ Bill Russell

Competing is like wrestling a gorilla. You don’t quit when you’re tired. You quit when the gorilla is tired. ~ Alan Stein