This is the continuation of a fascinating story about the process of college athletic recruiting told by a mother of two teenage boys recruited by Ivy League colleges.

This is part two of an article by Pam Carey, author of Minor League Mom: A Mother’s Journey Through the Red Sox Farm Teams.  Pam offers us insight into the process as well as some valuable lessons her family learned… 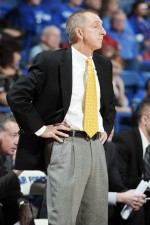 The application process demands a little fancy footwork on the part of the athlete, as each coach exerts constant pressure in the high school junior and senior years when he can make contact, as specified by NCAA rules.  In addition to the NCAA rules, there is a restrictive set of Ivy League conference guidelines that limits everything from out-of-season practices to the number of calendar dates (it used to be 20) a team is allowed to play games in the spring.

This contrasts sharply with the number of games some schools in the Sun Belt play – as many as 70.  The Ivy League has other obstacles in recruiting players.  As mentioned earlier, there are no athletic scholarships; the conference has a low baseball profile among pro scouts; there are high academic demands; and the League does not offer the lavish, minor-league-quality complexes that attract many recruits to the big programs.

Eventually in the application process, a college coach will demand that the recruit commit to apply for early admission to that school, thereby enhancing with another prospect the coach’s “preferred” list he would submit to the Admissions Department during normal admission months.

This demand always occurs after the athlete has been treated to an all-expense-paid trip to the campus and every conceivable treat by his prospective teammates (sometimes illegally).  The applicant is allowed five such visits by NCAA rules, and they are an absolute imperative to gain familiarity with the campus, coaches, and teammates.  If the prospect truly feels a connection to one school and believes in the coach’s integrity (that the applicant would, indeed, be admitted during early acceptance procedure), then this process works smoothly.

But if the applicant commits prematurely to early admission and is then denied admission, he is out in the cold for his other college choices, since coaches at other schools remove the applicant’s name from their preferred lists as soon as they learn of his early commitment.  So, the prospect has to learn to be honest with the coaches, without fully committing himself.  At one point, a college coach actually began screaming at our older son over the phone, because he refused to apply for early admission.  My husband interceded.

The Stress on a Prospective Athlete 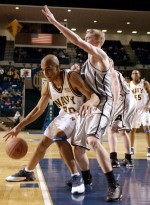 The process can become so tense that the prospective applicant may actually withdraw and let his parents or a sibling take over, especially if the parents have certain favorite choices.  Bill Reynolds, Providence Journal sportswriter, chronicled the recruiting of our nephew, Chris Herren, in his book, FALL RIVER DREAMS.  At the time, Boston Amateur Basketball Club coach, Leo Papile, called Chris “the best high school player in the country.”  During the extremely intense recruiting process, Reynolds reported these comments by Christopher:

‘I’m sick of it.  I don’t even open the mail anymore.  I just pick it up to see who it’s from, and put it down.  And I don’t like it when the coaches come to Fall River.  I don’t mind playing front of them at national tournaments, but when they come here, it’s not the same.  I don’t know.  I guess it’s good for the city, for the younger kids to see the coaches around.  But I don’t like it.’

The recruiting process had taken on a life of its own, hovering over everything, invading nearly all discussions.  In Fall River it had become the topic of conversation, outweighing the upcoming mayoral elections, the teacher negotiations, and the strong rumors that river boat gambling was going to come to Fall River.  Where was Chris Herren gong to college?

It all seemed to be wearing on him, the endless questions, the speculation about where he was going.  He couldn’t walk down a corridor in school without someone asking him that question.  He was afraid to answer the phone, for fear it would be another coach.  A couple of times when he did answer it and it was a coach, he quickly said he was Michael (his brother), that Chris wasn’t home.  He got a beeper so his friends would have a way to reach him.  He seemed more guarded, more irritable.  In school he was distracted, falling behind in a couple of his subjects, which were outward signs of increasing inner turmoil. (Bill Reynolds, FALL RIVER DREAMS (New York, 1994), p. 333). 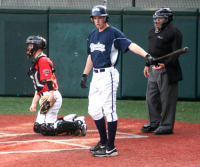 Although the press never harassed Tim and Todd and incessant phone calls never plagued the family, we were nevertheless extremely relieved when each son could tell us where he truly felt most comfortable.  Because of their strong academic backgrounds, as well as their talents on the ball field and in the hockey rink, letters of acceptance arrived during their senior years from Harvard, Dartmouth, Brown, West Point (Presidential appointment), Amherst, and Colby.

Tim’s first choice would probably have been the Military Academy, but he knew how much I detested war after Charley (my husband) had served in the Viet Nam War during our first year of marriage.  Tim loved the outdoors and he intended to major in Asian Studies.  He chose Dartmouth.

Todd entered Brown University, only twenty minutes from our house, with the promise that he would not be coming home on weekends.  In fact, after he settled in, we  had to give him two weeks notice to visit if we were ever going to see him!  Both sons had found their ideal situations.

Our sons’ college choices made it possible for both of them to become professional ball players with the Red Sox.  Todd was drafted

in the ninth round after his junior year at Brown, and finished his degree in the off-seasons.  Ten days later, Tim signed as a free agent.  He had just graduated from Dartmouth.

After seven years, the baseball saga ended.  Neither son had become a major leaguer.

But they had a BACKUP PLAN – LESSON ONE – college degrees from which to launch careers or attend graduate schools.  My husband and I participated every step of the way, right through the pros.

SECOND LESSON – Sports are incestuous.  College coaches, particularly, talk DAILY to each other about their athletes.  Nothing gets past them, and most will do whatever it takes to stay on top of his league.

LASTLY, pro sports are a BUSINESS.  The name of the game is MAKING MONEY.  Athletes are pieces of property to be bought and sold.  For the lucky few who make the pros, the day will come when the athlete must move on!

To learn more about Pam and to purchase her book click here.

Do you have any advice for the parents or athletes going through this process?  We would love to hear about your experiences!