What does it take to get a college scholarship these days? What is the recruiting process really like?

Pam Carey, the author of MINOR LEAGUE MOM:  A MOTHER’S JOURNEY THROUGH THE RED SOX FARM TEAMS shares her experience as a mom of two teenage boys recruited by Ivy League colleges.  I found her story fascinating and wanted to share with you some of her journey.

Academics Are Ground Zero in an Athlete’s Admission Process

During their junior year of high school, the personalities of both our sons (Tim and Todd – sixteen months apart) became irascible.  By the end of that year, however, they began to realize that doors to higher education would crack open if they could excel in academics, and in not only one, but two sports.  They both were in Advanced Placement classes for most of their studies.  By their senior years, their personalities had returned to normal.

We attributed the sudden welcome change to letters of interest that were arriving from baseball and ice hockey coaches throughout the country.  ASSUMING THE CANDIDATE IS QUALIFIED ACADEMICALLY (grades, SAT scores, and class rank), a college applicant distinguishes himself by HAVING SOMETHING UNIQUE TO CONTRIBUTE THAT WILL REAP REWARDS FOR THE COLLEGE.

Letters of Interest from College Coaches and the Imperative Campus Visit 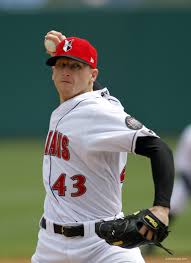 In between those letters of interest from college coaches and the final acceptance letters was a lengthy, fun, sometimes tense, and certainly exhausting process for all of us.  Tim received over 100 of these letters from baseball and hockey coaches.  My husband and I helped weed through them for school location, size, academic standards, and type of athletic program.  We began making visits to campuses during his junior year and the summer immediately thereafter.  On each campus, we had a pre-arranged meeting with the baseball or hockey coach.

There was an almost instant like or dislike once the boys stepped onto a campus.  In one case, as we walked with a guide amid the venerable, cathedral-like buildings and hushed classrooms beneath Gothic arches, both boys asked us to please get them out of there.  The coaches’ personalities were also a strong factor in their selections.  We learned to distinguish between those coaches that were making false promises and those who were sincere…

In the Ivy League in the late 80’s, an academic index was computed for each athlete’s application (I do not know if that is still the case – author’s comment).  This was based on rank in high school class, SAT scores, and grade point average.  The athlete had to fall within one standard deviation of the overall student body academic index.  If the student was slightly below, but an outstanding athlete, the coach that wanted him on his varsity team had to appeal to the Admissions Office.  There are no offers of monetary scholarships for athletes in the Ivy League, and our sons were ineligible for financial aid.  In no case was spending money offered, nor rented apartments, nor loaned cars, nor female escorts. 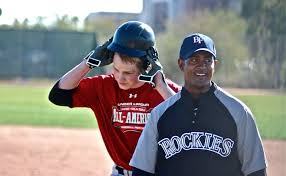 Integrity of the College Coach

College coaches will often say anything to get a recruit to commit to his school.  Many are trustworthy; many are not.  The baseball coach at Brown University came to our house during Todd’s junior year of high school and promised only one thing:  “If you decide to come to Brown, you will be my starting shortstop as a freshman.”  We knew, based on our investigation of his reputation in the League and our comfort level with him, that he would be true to his word.  He was…

To continue reading the rest of the story, click here.

To learn more about Pam or purchase her book click here.

What has been your experience with college recruiting?  Any advice for other parents?  We would love to hear your stories and comments below!

3 thoughts on “The Ups and Downs of College Athletic Recruiting”